"I help high performing individuals shift from needing a solution to having no problem."

Hi, and thanks for taking the time to connect with me. I work with high performers to help them master the mental, emotional and behavioural aspects of their lives.

I've consulted, coached and mentored thousands of people since 2000 and have taught my methods on stages around the world, to help people remove barriers to their growth and enable them to think better, achieve more, and experience less struggle.

In 2002, he began his work at the University of Newcastle and completed a Degree in Clinical Epidemiology, and then another Masters degree in Pain Medicine with Prof Nikolai Bogduk, OAM.

In 2006 he started his doctorate at the Faculty of Medicine, University of Sydney with Professors Les Irwig, Petra Macaskill and Nik Bogduk.  In 2012, after publishing a number of papers from his research, he received his Ph.D in Diagnostic Reliability.

He subsequently studied Influence and Persuasion with Professor Robert Cialdini from Arizona State University, Habits and Behaviour Change with Professor BJ Fogg from Stanford University, and Lateral Thinking with Dr Michael Hewitt-Gleeson from the School of Thinking.

He followed this with intensive training in Cognitive Mindset and Consciousness Coaching with Satyen Raja from Accelerated Evolution.

As an educator and scientist, he has lectured in neuroscience, pain medicine and evidence-based practice, and was a scientific journal editor for 16 years.

His work in the fields of Critical Thinking and the Philosophy of Medicine continues to be used by scientists around the world.

His research has been published in Experimental Brain Research, the Journal of Clinical Epidemiology, the Clinical Journal of Pain, Medical Research Methodology, and Medicine Health Care and Philosophy.

His book on Stress and Anxiety was an Amazon (USA) Best Seller in Mental Health.

As an entrepreneur, he launched his first startup in 1997, which he later sold to the worlds largest medical publishing company.

Since then, he has founded and co-founded businesses in online education and training, consulting, publishing, and e-commerce.

Dr Nic Lucas knows the secrets to rapidly shift what’s holding you back so you can be free from the intellectual and emotional struggle.

I know, because that’s what he did for me, and it didn’t hurt a bit. 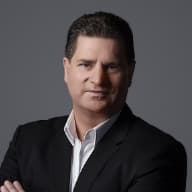 CEO and Founder of Brandheart

When the opportunity arose to work with Dr Lucas I jumped on board straight away. He gave me the shift in perspective and energy that I needed in my business as well as personal life.

Dr Lucas shifted my mindset in a profound way. 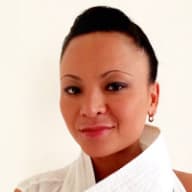 The work I did with Dr Nic Lucas, took me to a new level of certainty and belief. It was like a fire was lit inside, and I could feel the result, tangibly.

With this new belief and confidence, I was ready to hit 'GO' on my launch within 4 weeks. 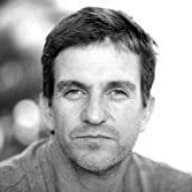 Breakthrough your current thinking, rewire your brain, and discover highly effective techniques to shift your mind.

Optimize the X10 Entrepreneurial Strengths to find, attract and create clients for your business for growth and profit.

Discover your deepest commitment to life and well-being through critical thinking and evidence-based health care.

CLIENTS, PAST AND PRESENT